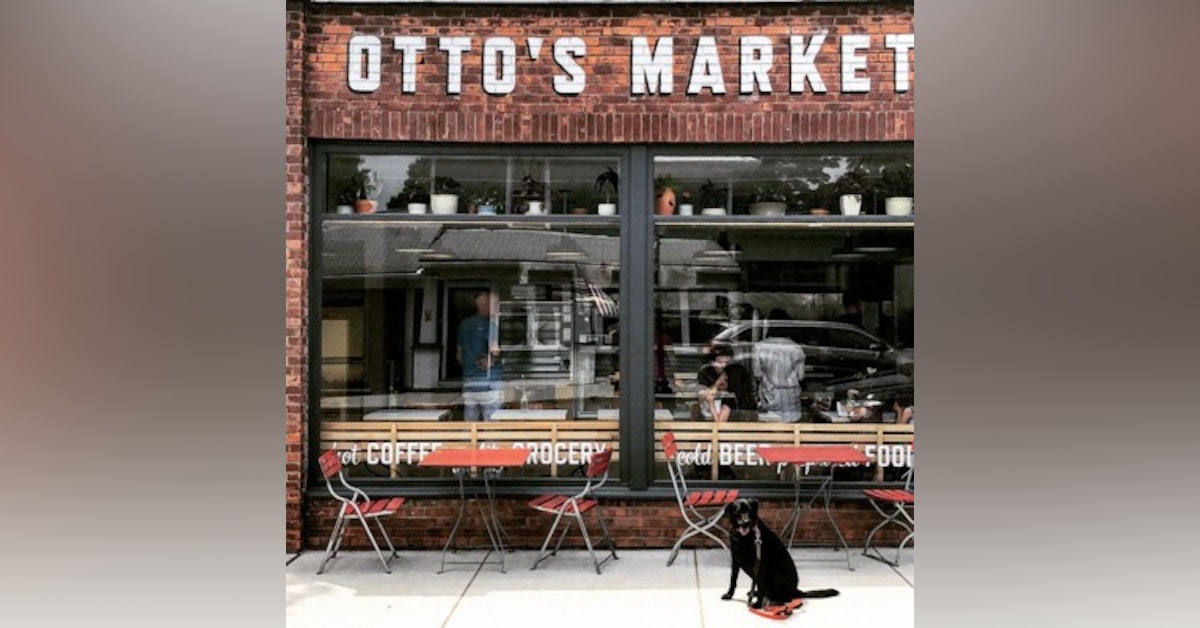 Our special guide to moving to the country begins with where exactly to start.

From summer rentals in Ghent, Spencertown and Rhinebeck to our 10-3-1 rule for choosing a town, you'll know the criteria whether you end up in Dutchess, Columbia or Ulster Counties — or somewhere far from the Hudson Valley. If you're looking to rent or buy a home in the Hudson Valley or another great rural community, this podcast could help you acclimate and feel at home.

Chronogram arts magazine named Cidiot one of "Six Hudson Valley Podcasts You Should Listen To."

Mat: We've been house hunting for just two days, but standing in the kitchen of a house on a cul-de-sac looking out its bay window. I thought we found the place. Three bedrooms, three baths recently renovated a walk to the restaurants and the quaint village of Rhinebeck. It had a yard for Nora and a garden for Brian.

I went downstairs to check out the utilities, which were all new and crazy clean .The coup de grace though, the cherry on the cake, and you'll know what I mean if you spend too much time and money at the Container Store. The silver electric cabinet, I tell you the hub of power, all of its sockets and trippers, were perfectly noted with, wait for it, a label maker. I was done.

I climbed back upstairs from the basement and found Brian tapping on his phone in the master bedroom, doing something else other than loving the house he was going to live in for the rest of his life. I mean, shouldn't he be measuring closet space? "Don't you just love it." I blurted out, I rattled off the punch list of what was right and right. And right about this place. Everything from how cute it was to the price and the organized electrical system. Brian put down his phone and nodded. Yes. "Yes, it is all those things, Mat, but no, we should pass on it." "Why?!?!!?" I whined who passes on what is clearly going to be their home? "Well, for starters," he said, "it's basically the house you grew up in Jersey."

I'm Mat Zucker and this is Cidiot: Learning to live and love life in the Hudson Valley.

Episode two: finding your town. Towns in upstate New York are legally organized as townships and within towns or villages and hamlets. And our Town of Red Hook, for example, are two villages: Red Hook and Tivoli, and two hamlets: Annandale-on- Hudson and Barrytown. This matters because each is a mini ecosystem with a flavor and radius unto itself. People take great pride in their Hamlet, even if it's four miles wide or with one or no stores. Some even rarely venture out to another village unless they absolutely have to. Now the whole hamlet village system is fairly charming if you'd like hyper local neighborhoods where you can leave your door open and know everyone and everything that's going on. Although it's fairly silly. If you like political efficiency.

When we looked to move upstate, we thought we were looking for something else. We thought we wanted a modern house in a village, walking distance to the restaurants and stores. We thought it'd be for weekends.

Instead, we ended up buying a 1847 house next to an orchard and two sheep and goat farms, a 10 minute drive from the village. And this is our main house, four to five days a week.

So, how do you find the right place?

I will give you a step-by-step approach, which includes our special Cidiot formula called 10-3-1.

I'll put some show notes on the blog at Cidiot.com. Okay. Ready?

Step one: making sure. So it's so easy to rent a place by the week, the month or even a season. So it's really worth confirming that you truly want to own a house. When summer we rented in beautiful Ghent in Columbia county and another summer we rented in charming Spencertown. Both rentals were great experiences of course, having guests over and seeing what routine would be like. The only thing we didn't take seriously was the no dog policy. In one rental, we hid our dog from the neighbors and the other summer we actually got caught and even evicted from the rental. We saw there probably we needed our own house.

Step two: making your first cut. Use distance. The next decision to make is distance from the city. In our case, New York. Having driven back and forth enough, we were honest with ourselves that two hours was the most we wanted to do each way. We know plenty of folks that go two and a half, three, and even four hours and they're fine with it. So this was definitely a personal decision. For us living on the west side of Manhattan, this narrowed the field to the counties of Duchess, Putnam, Ulster, Orange counties, plus a few along the Connecticut border that's technically aren't in the Hudson Valley but they're charming, and we were intrigued by them.

Anyway, we also decided that access to a train line was important since we had one car and one of us might want to commute a bit for work and leave the other with the freedom to stay up. That helped narrow the list to counties and towns a little bit more.

Step three: the official Cidiot filter formula —10-3-1. To filter down from good to great town options, we used this 10-3-1 formula.

Here's how it works: The year before we planned to buy, we drove through 10 towns up and down the Hudson Valley and also along Route 7 in Connecticut, having at least a breakfast, lunch, or coffee there. We then ticked off the ones we wanted to come back to and stay overnight in. And then we booked three weekends in three different towns, in two cases using Airbnb, and in one, a former colleague's house. If none of those have been it or the right ones, we would have done another round of three towns from the big list.

When you think you find your town, though, the one comes in. Ours was Rhinebeck. So we rented one place for several weekends the following summer in that town. For us, it was the best way to make sure. Do you like the restaurants, the food shopping, is there stuff to do at night or on the weekends? Do you see people? Do you like them? Are they talking to you, or ignoring you?

I dug into the town history as well. For example, there's a hilarious memoir called A Hundred Miles from Manhattan that I picked up at a local bookstore. It's the story of a Madrid radio host who moves with his wife and kids to Rhinebeck and talks about the history and culture through his eyes. It's great.

So remember, 10-3-1 isn't about the house or the rental itself. It's all about the town and being sure of where to hunt.

The last step is to prepare for actual house and from pretty hunting. The issues here are two levels, emotional and practical.

Then the more practical cost taxes, transportation stuff to do. We gave up on modern when we realized how few modern houses there were, and you'd have to build one, which we weren't willing to do.

We found that being near a college is good for theater, gym, and services. That's the kind of practical stuff.

Price range is tricky. You can afford what you can afford, but the choices on upkeep and renovation matter. There's a lot of inventory at the bottom of the market but we'd have to sink in a lot more money to fix it up. There's a lot of the super luxury tier, but we couldn't really do that. And didn't really want it. We focused our broker on a small house that we wouldn't have to stress about, and that was in shape to move into the middle market. Of course, the rules may guide you rather than you follow them exactly. During the weekends we hunted, we found there wasn't much inventory in this middle range or taste in Rhinebeck. Our broker suggested looking farther, a field 15 minutes north in Red Hook and Tivoli. We were skeptical of any tweak to our formula, but we followed her lead. And on one Sunday afternoon, we turned off the main road to find a little green farmhouse nestled on a creek. We walked in to find the living room with a potbelly fireplace and a stained glass window in the ceiling. It was clearly nothing like any place we had ever lived and clearly a place we both desperately wanted to

Cidiot is produced on the Anchor platform. For more visit Cidiot.com and follow me on Twitter at @matzucker. 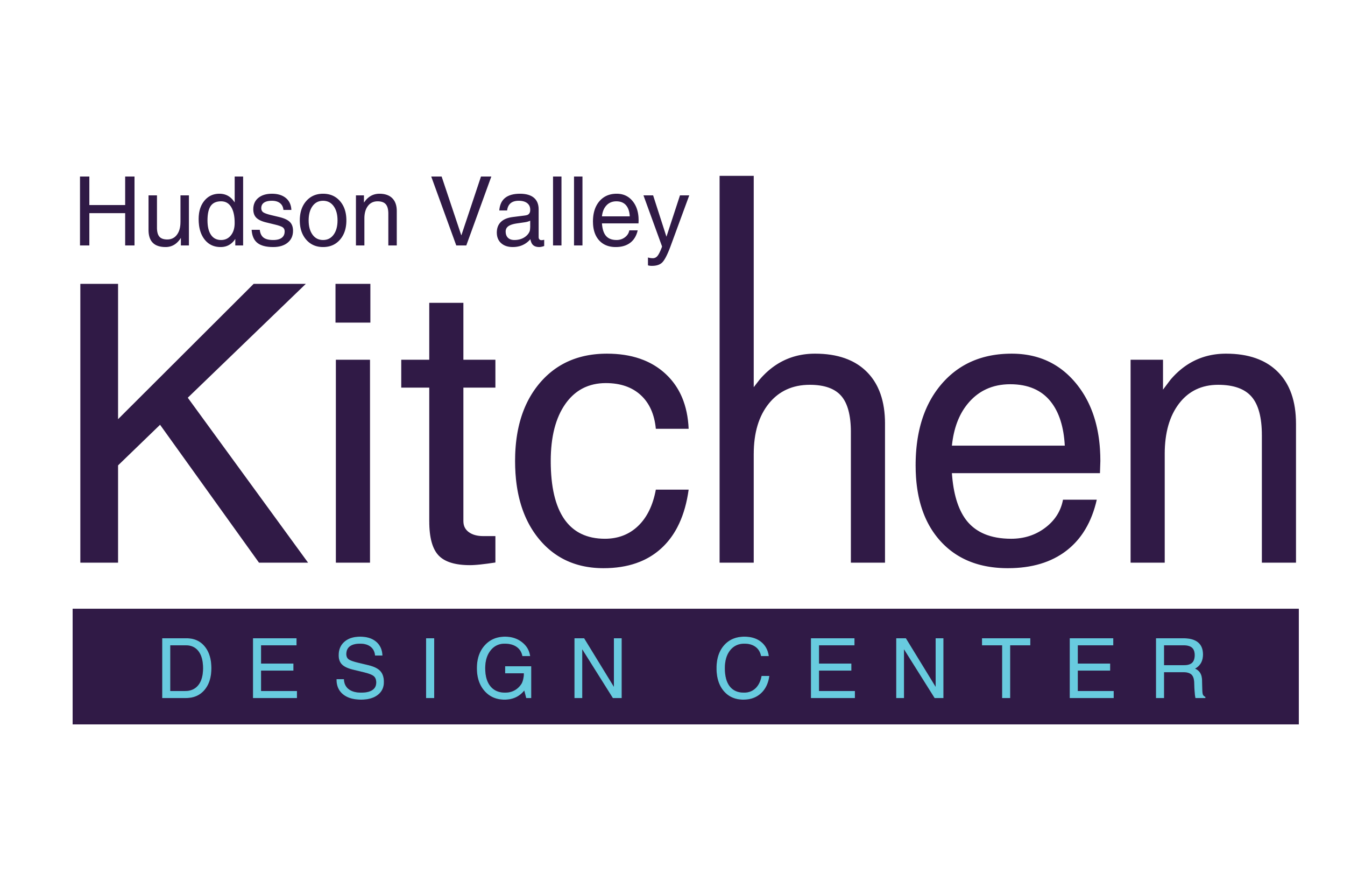